We would like to Welcome Jim Tamburello to RAMS HEAD SERVICE,

A bit about Jim 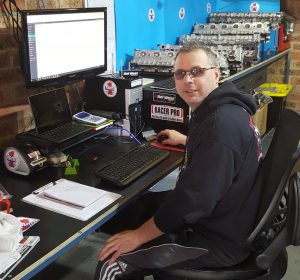 Jim has been in the motor trade since 1992, but Grew up around Cars all his life, as His Farther & Brother are also Mechanics, upon finishing his HSC he went straight into the Automotive trade as Jim had a successful Mechanical & Performance Workshop Called Rocco’s Performance in a family business with his Father Rocco and Mother Frances for 15 + years. In That time he had Built many Hi performance modified Street to full drag cars as well as some circuit & drift Cars.  Rocco’s Performance was also using Rams Head Service for all their Hi-Performance head work though out the years. Rocco’s was mostly known in the Drag Racing seen, running their RX7 Ser-2 DRAG Car using the TOYOTA 2JZ-GE engine Which was Also CNC PORTED right here At RAMS HEAD SERVICE

Jim is a full Qualified Motor Mechanic and has a Certificate in Tig welding, Jim has also worked in the Performance Spare Parts Sector for over 10 Years in total, so he has a wide knowledge Base in that area as well. Rams believe with his background and knowledge base he will be a great asset and well suited with his new position here at RAMS HEAD SERVICE, where he will be looking after the sales managing and marketing for Rams Head service,  So don’t be surprised when you call if you get a unfamiliar or in some cases Familiar Voice on the other end of the phone when you call RAMS HEAD SERVICE.

Again we would like to welcome Jim to RAMS HEAD SERVICE, and we believe he will be a Valued Member of the RAMS TEAM.